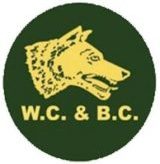 The bowling green was opened in 1895.

The bowling section is run by a sub committee reporting to and being represented on the cricket club general committee.

The present number of registered players is around 30, but non members are always very welcome to come and try the game of bowls with the hope that they will subsequently become members.

Early in the bowling club life one can only assume that because travelling was more difficult the competitive bowling was only in the local Todmorden and District League. Their first recorded success was in 1926, and from the 1930s to the end of the 70s they won their fair share but became a dominant club in the 80s and 90s winning 11 league titles and 6 KO cups.
Although never a rich club other local issues were always sympathetically considered by the bowls committee. Two that come to mind which led to open bowls competitions being organised and which raised considerable amounts of money and attracting top players from the crown green bowling world, were one for a local man serving in the army in NI who lost both legs in an explosion and secondly a local club who were in danger of losing their green being asked a price that they could not afford. The club has always been happy to support local community issues such as these. Another club success that ran for ten years was the ‘Dulux Classic’ and attracted all the top players from the NW of England and good audiences to the Walsden green. A new bowling pavilion (the current one) was built in 1965 and floodlights were added around the green in 1978.